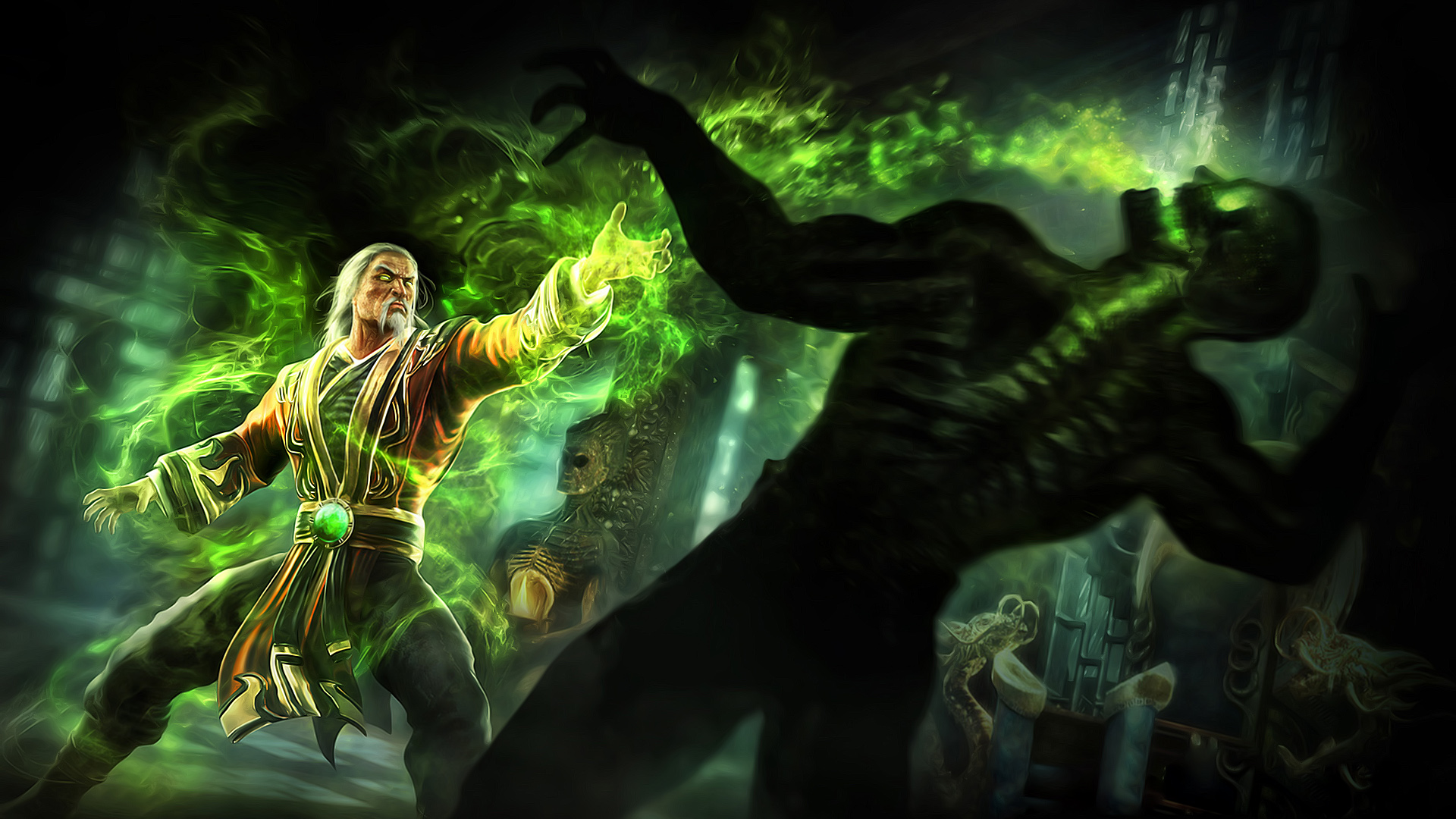 Can you believe it’s almost Christmas? I swear just yesterday it was November… Oh, wait.

Mortal Kombat. The ninth game in the series, and my 2013’s 2015 fighting game of the year. A very auspicious and incredibly specific award.

I have played many a fighting game, but I was always too young to really get into them. I would play them and have fun, learn a few special moves and a combo or two; but I never really dug into them. I either didn’t care, or didn’t see the point. Also known as not caring.

But that changed when MKX came out, the most recent–and tenth– Mortal Kombat. Now if you’re familiar with the PC release of MKX then you probably know why I’m reviewing MK9 and not MKX. HOLY CRAP was it bad. Luckily I didn’t take the plunge, but I heard stories of the game being next to unplayable. And eventales of the memory leaks ruining VRAM on graphics cards.

And you thought the fatalities were brutal.

All of that seems to be ironed out at this point. But it left a bad taste in many people’s mouths, and talk around the web is that the PC version is pretty dead because of it.

But that’s a different game. This is MK9, which I am happy to say is a really fun fighting game. It’s not exceptionally complex, but it’s just deep enough to be rewarding when you can pull of a 38% combo and make your friend’s jaw drop.

MK9 has a pretty decent Story Mode, that has a great campy story for you to fight your way through, with plenty of convoluted reasons for everyone to fight everyone else. The major problem I have with it is Shao Khan. That asshole has like 200% HP compared to a normal fighter and he’s very hard to stagger; so the fights devolve into you using cheesy tactics to beat him. Which sucks.

Fortunately MK9 also has a Challenge Tower, that lets you go through something like 350 unique fights that require some kind of requirement to be met to succeed. For example: One fight had me playing as Nightwolf against Scorpion, and I could only deal damage to him in a spotlight that would periodically move around the arena. The challenges are rather interesting ways to change up the formula, although sometimes they can be pretty frustrating… But hey, your milage may vary!

Sadly the online component for this game seems to be dead. I tried to get into a match the other day and there was no one else playing, at least at the time. Everyone has probably moved onto newer fighters. My assumption would be MKX on the consoles.

But it should be said, I have played almost all 39 hours of MK9– alone. Only fighting the AI. That’s no small amount of time. And in that 40 hours, I’ve been able to become decently proficient with three or four characters, too!

There’s a fun game behind all the blood and guts. And, in my opinion, the over the top violence adds a good deal of humor to the whole affair.

If violence bothers you, then I’m sure you’ve already decided not to play this game. But if you’re looking for a decent fighter to maybe get your toes wet in the genre, and you don’t want to drop $60 on a new release, MK9 is a pretty great starter.

Plus you get to rip people’s spines out, Predator style. How can that not be a selling point?

If your interested I say pick it up and give it a go. But remember, MK9 is pretty old at this point and you’ll probably not find a very active online player base.

But I’ve definitely gotten my money’s worth out of this one, and enjoyed every bit of it.

2 thoughts on “Mortal Kombat: ‘Tis but a flesh wound”