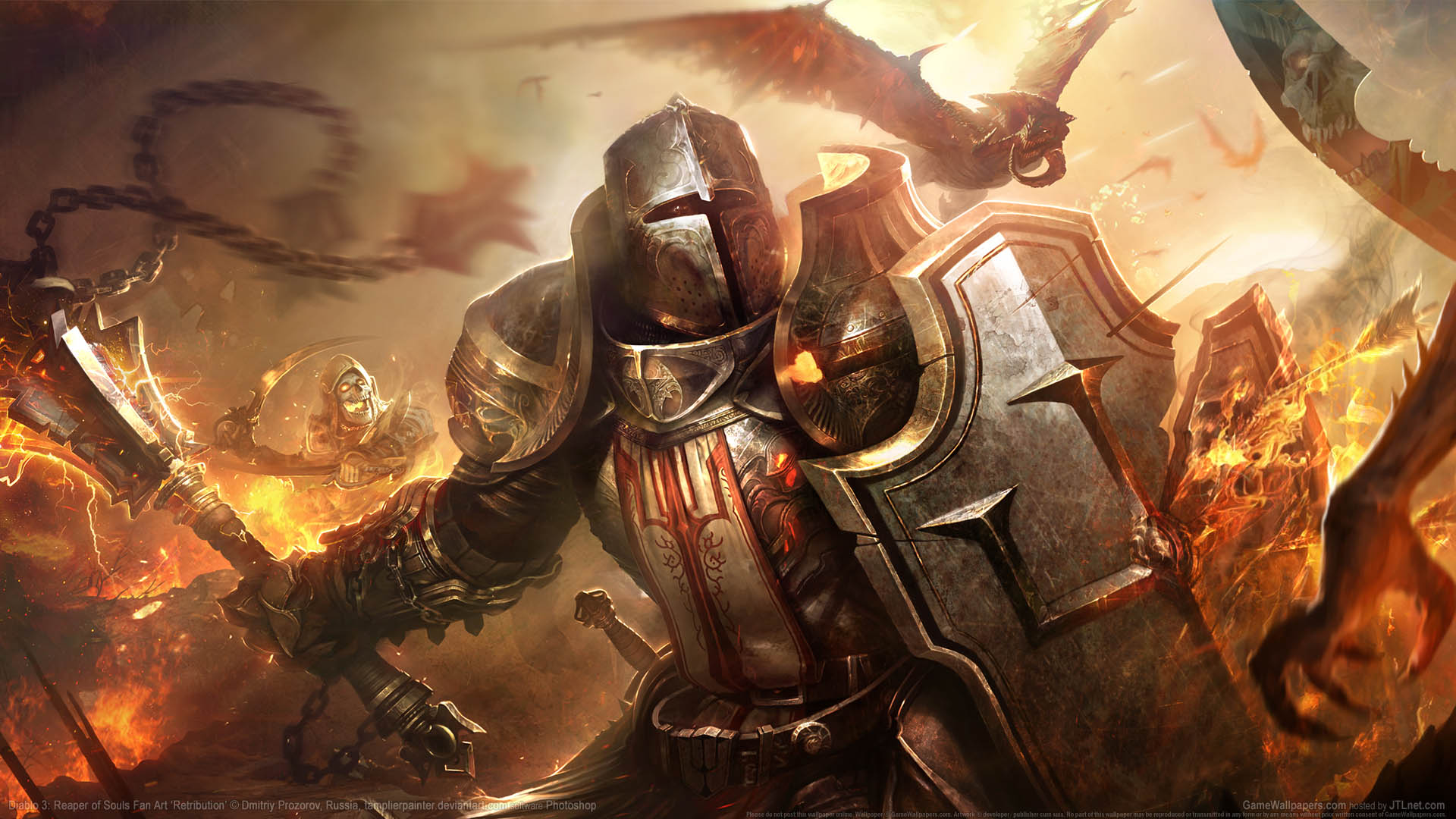 Diablo, Diablo 2, Diablo 3, Torchlight, Torchlight 2, Titan Quest: Immortal Throne, Path of Exile… All of these games have something in common: they are all ARPGs. Or rather, Action Role Playing Games. A role playing game in that, your character gains levels, acquires skills, and grows in power. An action game in that you plow through hundreds of thousands of enemies, predominantly of the undead, demonic, or monstrous variety. You kill creatures, gain gold and items, and increase in power… at least ideally anyway…
If you’re familiar with Dungeons and Dragons or Pathfinder, ARPGs have their roots in such pen and paper games. (Although games like Baldur’s Gate took the DnD formula and translated it directly to computer games.) ARPGs are more of an offshoot, a cousin if you will, very much in the spirit of kicking in the door, killing the monsters, and leaving with loot in hand. However, they no longer require the pen or paper. They’ve stripped out much of the slower, turn based mechanics for fast-paced action.

I was not familiar with the genre until about 2008, when Diablo 3 was announced. I was enthralled by the game. It looked amazing! And in the four long years it took for Diablo 3 to finally be released, I played through Diablo, Diablo 2, Torchlight and Titan Quest many times. As well as a personal favorite Borderlands. Which is a fresh first-person take on the traditional ARPG system.

I love ARPGs! They’re fun to play, and the act of exploring dungeons, killing monsters, and growing in power is addicting. However, the genre does have its drawbacks, as many do, and each game handles them differently… with varying levels of success.

Diablo 3, which came out in the Summer of 2012, was the last game I followed all the way through development.

Because the game Blizzard showed in their announcement videos (and many times throughout development) and the game they released, was incomparably different. They were not the same game.

The first couple times through the story, Diablo 3 was exceptionally fun. It was fresh, beautiful, and exciting. However, as you progressed through the later difficulties the game became exceptionally un-fun. Grinding for hours and hours on end without ever finding an upgrade to my items was incredibly disheartening. I spent all my character’s wealth, multiple times over, on a handful of  items. Hoping to progress further into the final difficulty, only to be disappointed by the insignificantly incremental improvement. Artificial difficulty, “gear checks”, and unkillable monsters abounded. While the game was fun for some, it was an infuriating exercise in the definition of insanity for others.

I still get worked up about it three years later.

I felt cheated. It was in many ways, it was personal.

Diablo 3 was the game that made me stop getting excited for new games, because I didn’t want to get burned again. Now, because of that, I look at trailers and say “hope it’s good,” instead of getting hyped.

However, it should be said that in the three years since release, Blizzard has altered the game significantly, and by many people’s reports it’s made a great turn around.

I’m going to give it another try. Wish me luck!

But why is all of this important? Because Diablo 3 was, in many ways, a disappointment. because of the things it did wrong. Many people compared it to Diablo 2, a game released twelve years before.

Although more accurately, it was compared to its expansion Lord of Destruction, which came out a year after Diablo 2.

Many people hold Diablo 2 has the “golden standard” by which all other ARPGs are measured. Something about the game is right. Many who played it say it was the years and years of support the game received, citing that most of its greatest features were included not in the base game, but its expansion. Whatever the case, this game is revered as the pinnacle of a genre.

I own many games in this genre, and I have very fond memories… of some of them.

What makes these games so good? And what is it that can make them so bad?

That’s what I want to find out. I intend to revisit many of these games and compare them with each other; see what they get right and what they get wrong.

A huge portion of ARPGs mechanics involve luck. Every item (as in equipment, weapons, etc.) is generated procedurally, using a standard set of rules to determine its overall quality and effectiveness. Among other things, items/loot/gear/whatever you call it, are a massive part of an ARPG. And they can make or break a game.(As in my Diablo 3 experience.)

But that’s not the entire picture.

Like the pentagrams so prevalent in Diablo, there are five points to a good ARPG which have the ability to ruin a player’s experience, if not done properly.

Itemization: that is, the gear and items you collect need to be interesting.

Skills: these are your abilities, or your “class”, and how interesting/powerful they are.

Character: that is, your statistics, and how they impact your strength.

Enemies: The guys you kill, or in many cases kill you! And whether or not they’re fun to fight.

Story/Atmosphere: This is, the places you go and the things you do. Something that is both very important, and at the same time something that should be completely optional.

Join me as I play through some classic ARPGs and the more modern takes on the formula. You can my expect thoughts on: Diablo 2: Lord of Destruction, Diablo 3 (then and now), Diablo 3: Reaper of Souls, Path of Exile, Titan Quest: Immortal Throne, Torchlight, and Torchlight 2.

I won’t be able to do direct comparisons for each and every game, as that would be truly an involved process. However, I will compare the game’s different takes on itemization, character building, and enemy design, and explore each game’s design philosophy. And I think it will be a very interesting experience.

Full disclosure, I think Diablo 2 and Path of Exile are a good metric. I personally think these games have the come the closest to getting a balance of all five criteria.